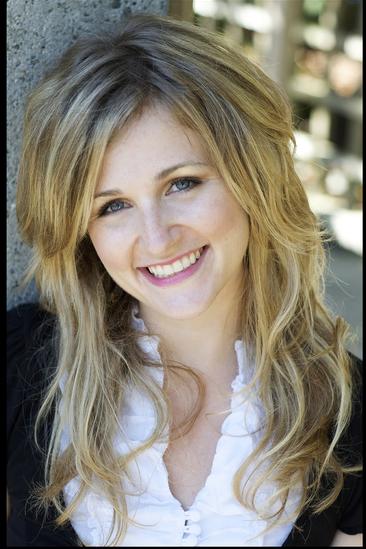 ​Soprano Naomi Eberhard, known for her vibrant, steely voice is quickly establishing herself in the music of Verdi, Puccini and the Germanic repertoire. Her unique sound is recognized for its agility, power, nuance and thrilling upper register.

This coming season is highlighted for Ms. Eberhard with the demanding title role of Richard Strauss’ Salome with Opera by Request in Toronto.  She is also thrilled that along with talented pianist Nadia Boucher, she will present a solo recital tour featuring Strauss, Grieg, Sibelius and Turina in Ottawa.  Her season begins joining again with SOPAC Ottawa in a concert featuring Wagner, Strauss and Verdi as well as being named a finalist in the Lauritz Melchior International Voice Competition. Ms. Eberhard will continue her season with Abridged Opera as Erste Dame in their Die Zauberflöte.  The 2016/2017 season saw Ms. Eberhard take on the title role of Puccini’s Suor Angelica with South Ottawa Performing Arts Collaborative and Second Woman in Dido and Aeneas with OperOttawa. In 2015/2016 Ms. Eberhard sang the glorious role of Bellini’s Norma in addition to concert series' highlighting Verdi and Shakespeare as well as Ottawa’s summer festival: Music and Beyond.  In Summer 2016, Ms. Eberhard was named a semi-finalist in the Elizabeth Connell Prize, the International Competition for Dramatic Sopranos.  In 2014/2015 she focused on the repertoire in which she excels as she took on the title role in Verdi’s Luisa Miller with Toronto based Opera by Request. Highlights from 2013/2014 include Carmen’s Frasquita with the Windsor Symphony Orchestra, Musetta in La Bohème with Opera by Request and Euridice with The Annex Singers. In this past 2012-2013 season Ms. Eberhard premiered with Calgary Concert Opera in the role of Giorgetta in Puccini’s masterpiece Il tabarro followed by Così fan tutte's Fiordiligi with Opera by Request. Die Zauberflöte’s Erste Dame brought her to Opera on the Avalon in St. John’s, Newfoundland in June 2013.  Other career highlights include Helmwige in Die Walküre, Le nozze di Figaro’s La Contessa and Marcellina, Die Marschallin in Der Rosenkavalier, Elsa in Lohengin and Don Giovanni’s Donna Anna.

No stranger to concert work, Ms. Eberhard has performed as a soloist numerous times with both Vancouver Symphony Orchestra and the Windsor Symphony Orchestra. She was seen in the role of Nella in Gianni Schicchi with her master’s alma mater UBC along with cover and scene work including Alice Ford in Verdi’s Falstaff, Fiordiligi in Così fan tutte, Donna Anna and Donna Elvira in Don Giovanni and Erste Dame in Die Zauberflöte.